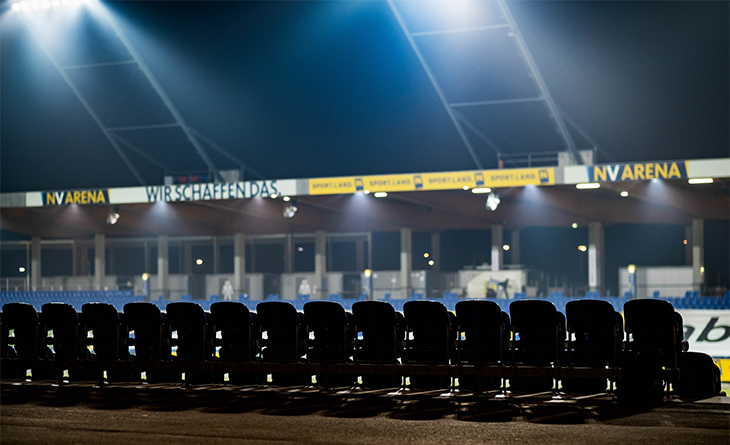 It’s pretty early in the morning and I’m sitting at the airport sipping my coffee and doing school work. It’s not an ordinary trip I’m going to be taking. To some of my teammates these trips might have become normal, but this is my first. My first trip to take part in a Champions League experience. Apart from this being normal to some, this trip will be special to all of the SKN St.Pölten team and staff as it will be the first time in the history of the club that the team will take part in the final-16 of the Champions League. 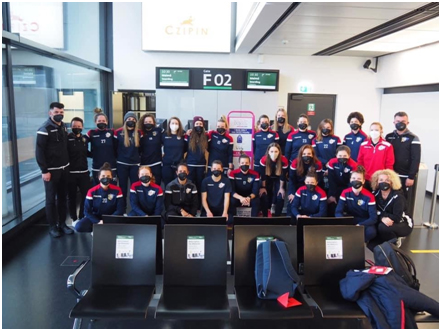 ready for takeoff at Vienna Airport

We would fly to Sweden, train, play a game, fly back to Vienna and play another game a week later. Sounds pretty simple doesn’t it? But that’s not the case when you have only 16 teams left in the competition and everyone is considered a really good team. We would be meeting FC Rosengård two times within a week. A strong and successful team that we would have to give all we have to turn this our way.

Fast forwarding to the first game, played in Malmö. Before the game DJ Adina plays ‘I Feel Good’ by James Brown and everyone is pumped, especially Mateja. The song influenced her so much that she decided to gracefully score 2 goals in the game. Eventhough we scored 2 goals, it was not enough to beat FC Rosengård as they scored a last minute goal and the game ended 2-2. Eventhough there was a bit of frustration not having been able to stop them from scoring in additional time, the team had an overall good performance and our dream to advance was still alive. 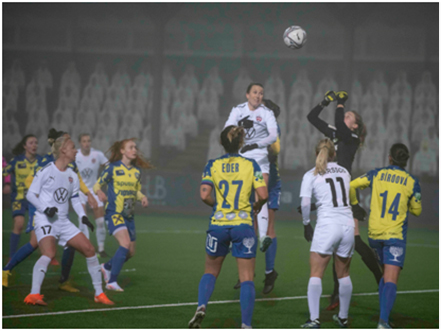 A week later we had prepared the team as much as we could and we were ready to take on FC Rosengård one last time. We started the game strong and it really felt like we had a greater chance of bagging one in the net before our opponents would. Sadly, FC Rosengård managed to score, what seemed to be an offside goal, and it unfortunately changed the rest of the game. After our opponents managed to score yet another goal before half time it became really hard for us to gain momentum. FC Rosengård had the upper hand of having 2 goals and they could control the game to a certain extent. Despite the fact that the game had became harder for us to take control of, we played very well and gave it everything we got.

Thus, the second game ended 2-0 for FC Rosengård and that was our final stop in Champions League this year. Historical tournament for SKN St.Pölten that ended with a whole lot of pride and chocolate/jam pancakes in the dining area at the stadium.

Until next time Champions League!