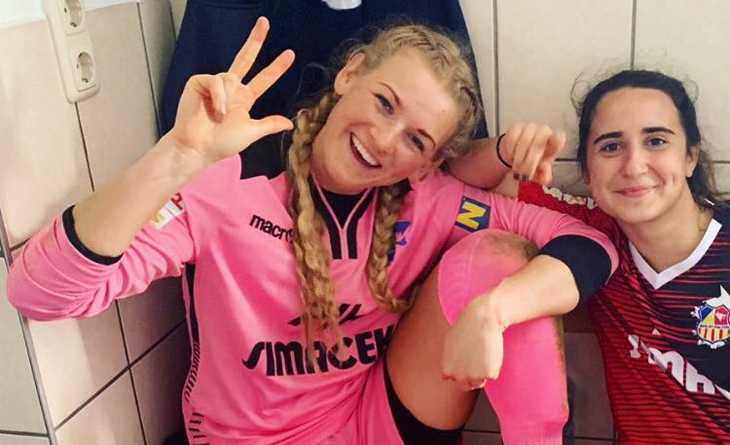 We have finally started our season again after a 2 month long preseason,
and wow what a great 3 weeks! We’re headed into a two weekend break with
9 points…. A FULL 9 POINTS!

Our first match was a very anticipated competition with Sturm Graz.
Basically all preseason was preparing us for this game. We were nervous
probably a full week before the game and the nervs didn’t go away until
after the game. On Saturday we drove to Graz after a morning session and
breakfast. Preparing for the first game of the season is always
something special- it’s another great way to come together as a team,
and compete for each other. We had team bonding at night before it was
off to bed

In the morning our preparation was a morning walk and meeting – then it
was off to the stadium. Let us tell you something: Nothing gets the team
pumped more than Justin Bieber music …. REALLY, Baby and Sorry are top
hits! ANYWAYS, we came out strong, aggressive and more importantly we
played as a complete team! We won 4-0 and are moving onto the next
round…. YES GIRLIES! 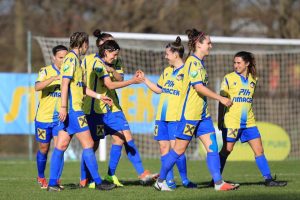 While we could celebrate our cup victory, sadly it was the least of our
worries. We had another meeting against Sturm Graz the following weekend
to open up league play. It wasn’t going to be easy, especially after
winning on their home turf, and it could tell they wanted revenge. The
celebration was short and sweet but another important week of training
was ahead of us.

The feeling was different for the next game against Graz. Nervous not so
much, but the feeling of confidence from everyone was carried over from
the previous game. The game ended 4-1 for the good guys and like Drake
would say “we did this back to back.” Another 3 points secured and 6
points clear at the top of the table, nothing but happiness. 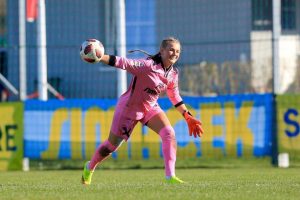 We had one more game before our two weekend break – and traveling to
Südbergland was our next challenge. A two hour drive and 90 minute game
later, CHALLENGE ACCEPTED AND MISSION COMPLETE! Another 3 points grabbed
and good way to go into our break. We have prepared hard for our first
three games and the 9 points are our reward. 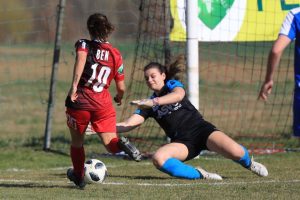 On Thursday I – Hilde – were at the Stadium in St. Pölten to take part at the annual membership meeting of the mens club. It was cool to meet the full SKN-Family! Together with our president, manager and my teammate Nici, I had a little appearance, where we talked with “Franky” (if you know you know), about our journey as a team the last months and what our goals are for the rest of the year. Oh and yeah, apparently my pink kit reminds everyone of Pink Panther, so officially that’s my newest nickname
After the event we took pictures with our supporters and chatted with other members of the club. It was a nice evening and I look forward to see you all soon! 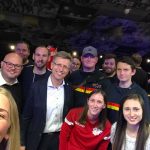 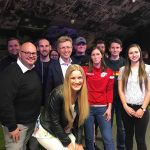 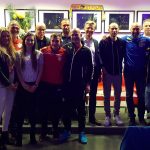 After 3 months of work, we’ll take som much needed us-time. For the
first weekend off, Alexa is heading to Amsterdam, and Hilde gets her mum
over from Norway for a visit. Stay tuned for more!

Catch us on the flip side <3